How can we help you today?

The Vapor Lock is a common problem on petrol engines.

It occurs when the fuel, which is in the vehicle's supply system, passes from a liquid state to a gaseous state due to a high ambient temperature (ex. hot summer days)

The fuel's vapors may interfere with the fuel pump, reducing the flow rate pressure. As a result the engine may lose power or turn off completely. In this case engine ignition is very difficult.

To face this problem, Yamaha applies a heat exchanger (commonly called radiator) to the outboard engines to cool the fuel.

The high pressure fuel pump is connected to the rail and to the fuel pressure regulator.

The later maintains a certain pressure in the supply system and the excess fuel is discharged into the heat exchanger so that it cools down and returns to the high pressure pump.

In order to further reduce the formation of vapors in the high pressure pump, this module has two vents connected to a 2-way solenoid valve, commanded by the engine management control unit, that closes the circuit in the engine's intake manifold.

When the solenoid valve is activated by the engine management control unit, the vapors are aspirated into the engine's intake manifold upstream of the intake throttle.

Using these two systems, the formation of vapors in the fuel supply system is reduced along with the probability of the development of the Vapor Lock. 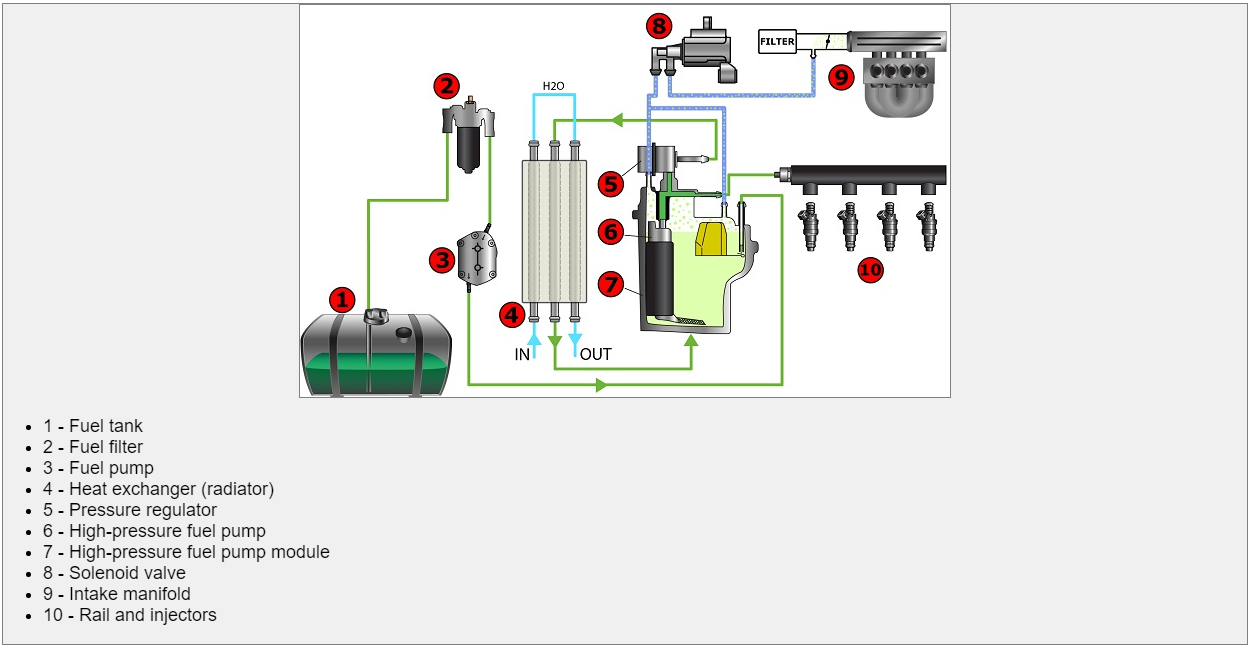 During our tests we found that after an extended use of the engine, the water ducts in the heat exchanger may clog thus reducing the capacity to cool the fuel. This may cause an increased amount of vapors in the high pressure pump's module, therefore an increased risk of the development of the Vapor Lock.

Remove the heat exchanger and clean the ducts.

ATTENTION: before reassembling it, make sure there are not any foreign objects inside the ducts in order to avoid damaging the fuel supply system or the cooling circuit.